At WDF Professional, the month of September transforms us into a competitive bunch as we undertake the STEPtember Australia challenge. We had five teams of four people each taking part and spending every spare daylight hour walking.

Our five teams took a total of 8,530,929 steps during the month. That’s approximately 6,700kms or a return trip from Wagga to Perth!

Vicky’s team was the top stepping team with over 2,073,000 steps. Well done to Vicky, Lucy, Janita and Annette! Mal's team came in a close second and Andrea's team was not too far behind in third place.

A big congratulations to Katy Isherwood who was our top individual stepper, walking well over 660,000 steps. That averages out at around 22,000 steps per day. Katy holds bragging rights until next year’s challenge!

Thanks to all those who sponsored us and contributed to raising funds for people living with cerebral palsy.

In the digital world, your company website is your main ‘shop window’ and will be the focus of much of your sales, marketing, and social media promotional activity. Do you know how your website is performing, and where online visitors come from? Read More… 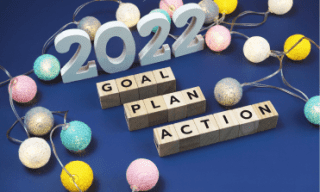 5 Tips for Goal Setting for the Year
13 Jan

Effective goal setting will help you get the very best out of the year. Whether you want to grow your business or take more time for yourself, our five goal setting tips can help you achieve your long-term plans. Read More… 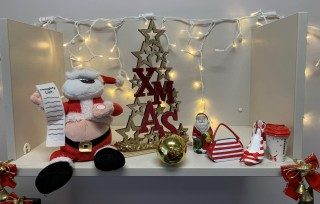 We've been getting into the Festive spirit with a little cubicle decorating competition throughout December. Check out the creativity of our team! Read More…